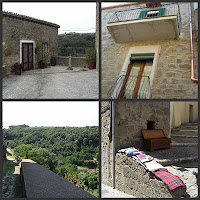 I think I said it before...This is a place I love, therefore, my favorite hangout: a little medieval town, my holiday home, to chat with the neighbors, to sleep with the hoot of the owls and to wake up with the bird's chirps...so simple and so relaxing!
Posted by Juana at 11:27 PM 12 comments: 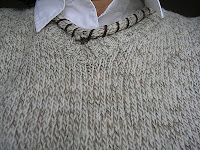 Ok, I live in Italy, the country of Valentino, Versace, Armani, etc, I love to walk in Via Condotti and to look at the shop's windows...and to laugh at the prices...Las week, on one of that windows I saw a crocheted scarf...350 euros on sale!!!!Heeeheeeeee!!!
My style? Mostly white shirts (love silk ones), jeans and Timberland style shoes. Where I buy them? Sometimes at my favorite outlet: the weekly market. For the shoes, well, they must be comfortable, since I walk a lot and hate to have sore feet, so I go too to the outlets also. Yes, I am a thrifty style gal!
Posted by Juana at 9:56 AM 8 comments: 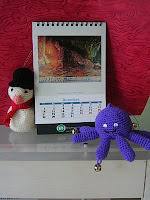 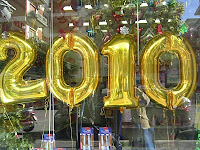 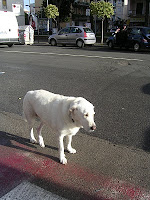 This is the first post of the new year, and I wish to all my blogger friends ( and to two nice persons which comments I've lost, please, write again!)a very happy 2010.
I wish to start with the last image of the 2009: two amigurumis I made following the instructions on the Lion Brand site, with the resolution to make a lot of them!
The next pic is the first of the new year, and a story I wish to tell, because restore my faith in the human genre for a moment.
Her name is Molly and she's been abandoned. She's been wandering around our small city for about two years. Fortunately, nobody make her any harm, on the contrary, being a very sweet dog, was adopted by all, and she learned to be a very educate host out of the snack bar or out of the butcher's , which always had a bit of meat for her. During the Winter she found always a shelter under the porticoes or in bathrooms of the Public Garden, and this was perhaps the cause of her accident. The Public Garden close the gate at sunrise, and Molly, in search of a shelter for the night, attempted to jump it and got one paw trapped between the iron bars of the gate. She was found in the morning badly injured, since she was hunging by the paw, and losing a lot of blood.
A young couple took her to the vet, then she underwent a very costly surgery. Now she is recovering, and exercising her paw. She found a home too, since the young couple adopted her. She accepted to be "domesticated"; but at one condition: everyday she must walk to the snack bar for breakfast and to the butcher's shop for a bit of meat, and to got a pat of all her friends.
Posted by Juana at 3:17 PM 11 comments: